New research emerging from the University of Toronto suggests lawyers who attain higher status roles in private sector practice are more prone to having mental health problems and depression.

Published earlier this year in the Journal of Health and Social Behaviour, researchers Jon Koltai, Scott Schieman and Ronit Dinovitzer compared thousands of lawyers to one another in both the U.S. and Canada.

What they found is a correlation between depression and career success among lawyers, particularly for those who have settled into 'esteemed' roles in larger firms.

Dubbed the "status-health paradox: organizational context, stress exposure, and well-being in the legal profession", lawyers who attained the pinnacle level of success in large, competitive firms might appear to actually be the most unhappy.

"Large firms hire associates exclusively from the most elite schools, and its clients are primarily large corporations...large firm lawyers are also considered more prestigious because their corporate clients present work that is "purely" legal, and does not require the filtering out of irrelevant material and nonprofessional tasks," reads the study.

Tasks supposedly deemed non-proffesional can range wildly, and of course comprise the body of practice management and legal accounting undertaken by forms of software such as uLawPractice, which aims to lower unbillable hours.

The findings of this study runs contrary to the popularly held belief that most people are physically and mentally healthier if they're situated nearer to the top of organizational and hierarchical structures. 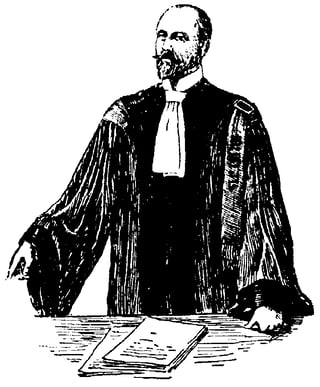 When you zoom in to the legal profession, this is not the case

"Logging extreme hours (especially billable hours) has gained a mythical status-characterized as 'heroic' by some partners. But there are consequences," reads the study. "These stressors are unevenly distributed across practice settings--they are disproportionately experienced by lawyers in the private sector, and tend to increase with firm size."

Lawyers filling public roles make less money but are afforded more predictable hours in comparison to their private practice peers, who often compete tooth and nail to fight to the top, requiring them to overwork the limits of time, energy and attention to other parts of their lives.

The findings of this research point to overwork and work-life conflict as the two largest sources of stress affecting the well-being for lawyers.