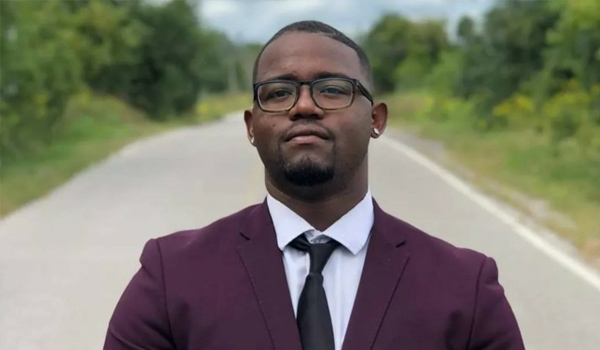 As part of uLaw's ongoing "Spot Light" series to profile the various minds who comprise the Canadian legal landscape, we recently sat down with Damian Williams, a North York-based paralegal who runs his own firm.

In the early days of the COVID-19 lockdown in Spring 2020 he says a noticeable uptick in Highway Traffic Act infractions occurred.

"There was a spike in Stunt Driving Offences...I think it's a mixture of roads being less populated and vehicles being made significantly more powerful than days past. Another thing that has to be accounted for is the lack of vehicles on the road; so it was much easier for officers to pinpoint and apprehend drivers," says Wilson.

Like many paralegals interviewed by uLaw over the years, Williams is his own boss. Instead of working for a larger firm, he sets his own hours and finds his own clients. Aside from a brief foray into architecture during university, he's been more or less focused on being a paralegal since the very beginning.

Below is the Q&A we held with Williams earlier this month so we could get his thoughts on what it's like starting out as an Ontario paralegal, and also how the field of law is changing.

Q: At what point in time in your life did you decide to pursue the field of law? Why did you make such a decision?

A; "I decided to pursue law after one year of doing Architecture and realizing it was not for me. I spent some time researching different career paths and law seemed to speak to me and the skill I had to offer."

Q: Why did you become the paralegal that you are today? Which areas of the law do you focus on?

A: "I became the legal practitioner I am today due to my passion to help people and also my passion for cars. It has led my practice to primarily focus on matters pertaining to the Highway Traffic Act (HTA)."

"I had numerous friends seeking assistance with Tickets they had received over a long weekend, which propelled me into provincial offences. My mentor also had extensive experience with provincial offences which provided me a lot of exposure to that particular area of law so it all felt very natural making the transition."

Q: Can you remark on any particular court cases and/or regulatory changes you've encountered and had to work through?

A: "A great example of this would be the changes to handheld devices charges.  When the 3-day suspension came in upon a conviction it took drivers by storm, but it certainly cracked down on the problem.  The main issue was ensuring that fellow practitioners, especially newly licensed ones, knew to emphasize this new legislation to their clients."

Q: Have you noticed any trends in the manner in which Ontario handles and regulates individuals who are either charged by the Highway Traffic Act or the Provincial Offences Act?

A: "I've noticed that as time has passed, a lot of laws are being passed to hold drivers more accountable for their actions; especially as distracted drivers become more prominent on the road."

Q: Can you tell us about some difficult and daunting areas you've had to tackle in this profession?

A: "The biggest challenge I faced during my career was getting started. You have no clients, and often no money. You have to get creative to get clients and convince those who are willing to give you a chance that it’s the right choice."

"I marketed myself and gave myself a big local presence among people of my community. Over time I began to gain traction and prove why I was the right choice when it came to choosing a representative."

Q: Can you tell us about some of your most satisfying moments of your career, in your first five years?

A: "Helping an individual keep their home when they were being unethically evicted, and assisting an individual in keeping their license in order to allow them to continue to provide for their family are two highlights of my career among many others that come to mind.  Knowing that the respective families can sleep a little easier at night with my help is what keeps me going even in the most difficult times."

Q: How has the practice of law shifted or changed over the time you've been a practitioner? Where do you see this direction going in the future?

A: "It's not necessarily the practice of law that has shifted, but rather the way of the world that has shifted which is leading to very interesting cases being brought forward in many courts and tribunals.

I see courts and tribunals adopting more online-friendly means for both litigation and file management. This is a change that has been in the works for a ling time, but was kicked into high gear due to COVID-19. This is not necessarily a bad thing, as it will make more day-to-day tasks (such as filing a ticket) now online instead of in person, which is more cost effective."

Q: Anything else you want to tell us about being a paralegal?

A: "What I like to add is that since opening Williams Legal Services Professional Corporation in 2016, I have felt nothing but pride for what I have been able to accomplish and the people I was able to help along the way."

"My goal is to see exponential growth in my firm over the next 10 years and be able to remember the beginning; when it was just me, a few dollars, and a dream to help as many people as humanly possible with my small operation."