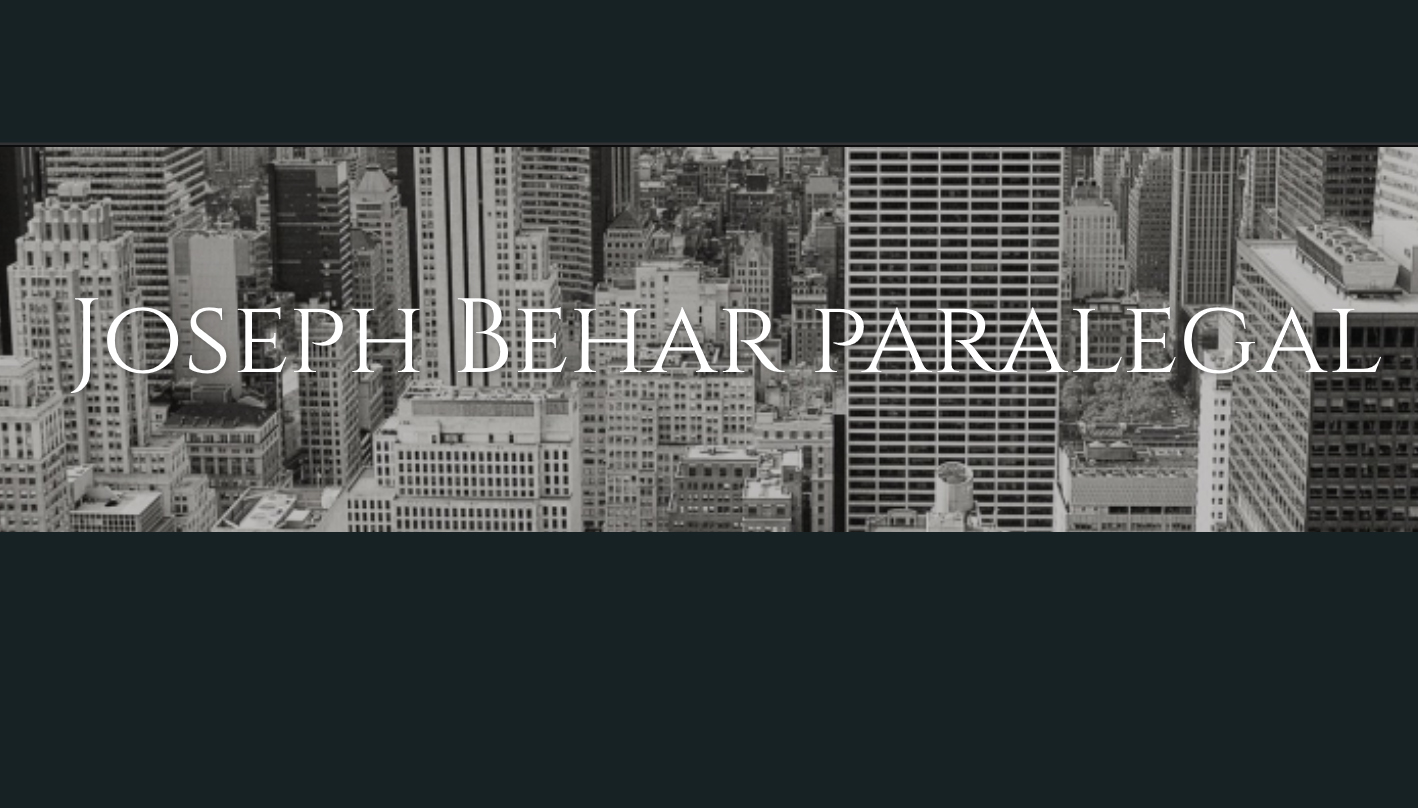 Advocating for clients while also juggling tasks related to compliance and proper bookkeeping are no easy feat for practitioners, especially solo lawyers and paralegals who comprise a huge percentage of the legal landscape.

According to Ontario paralegal Joseph Behar, it’s extremely important to be able to have the time to focus on the tasks that matter most for his clients.

“The biggest challenge I face on a daily basis is how to advocate for my clients on the highest level of commitment without charging unreasonable fees, while at the same time supporting myself and my practice financially. The only saying ‘time is money’ is true, and uLaw saves me a lot of time in court forms, compliance, reconciliations and docketing. It means I can spend more time advocating and still be profitable.”

Ontario’s regulatory body for lawyers, the Law Society of Ontario, has a rigorous set of rules and regulations in place which spell out precisely what’s necessary for lawyers and paralegals to handle their bookkeeping and accounting in a compliant manner. In a previous era, these requirements often meant a lawyer would have to spend hours at a time each month reconciling their trust account, in addition to other onerous tasks such as maintaining numerous ledgers and journals. With automation and cloud-computing abilities, “software-as-a-service” has come to the rescue.

“uLaw’s role has been to relieve me of the more mundane administrative tasks of running a legal services practice. It’s allowed me to focus on litigating, advocacy and becoming more and more competent.”

He says the introduction of uLawPractice into his firm has also allowed him to allocate even more time to gaining a deep understanding of the jurisprudence surrounding his client’s cases.

“Keeping up with case law and precedent, especially in LTB is a challenge where I practice. The rental market is quite volatile and requires constant updating.”

Like many paralegals interviewed during uLaw’s Spot Light series, Behar came from an entirely different background before applying his skills to the practice and field of law.

“Before becoming a paralegal I was in technology sales. My experience in negotiation proved very helpful. The industry I was working in took a downturn. Being at a late stage of my career it proved to be very difficult to find new employment,” says Behar.

That’s when he decided to become a paralegal and advocate for people in the courtroom.

“As a sole practitioner, I am in control of my life now. It’s hard work. I take risks of running a practice, but I also reap the benefits of my hard work and have the satisfaction of helping clients.”

Behar says he became a paralegal because he wanted to see people treated fairly and have access to justice even if they didn’t have a lot of money.

“I practice primarily in Landlord & Tenant Board and Smalls Claims Court. What I have noticed is an increase in people who have been treated unfairly exercising their legal rights and prevailing. It’s very satisfying to see.”

Two notable past cases come to mind for Behar when asked about his most enjoyable moments as a paralegal: he once helped a client get out of a predatory contract issued by an unethical door-to-door home services company. In a classic David vs. Goliath struggle, Behar’s client won in the end, and he says it was satisfying standing up for “the little guy” in the face of a large and unethical corporation. Another memorable case he handled for a client, Behar says, is when he caught a landlord fraudulently trying to evict a young married couple in order to raise the rent higher to another tenant. “I obtained an order for my client to continue his tenancy without fear of retribution,” he says.

Even though he’s only been practising for two years, Behar says he’s watched access to justice improve in courtrooms that he’s been attending since 2018. He says it’s a good sign to see the expanded role of paralegals in Ontario’s justice system and that the general public has a lot to gain from this trend.

As for the future of the legal profession, Behar says he expects more clients will demand higher and higher levels of competence among their legal representatives, a trend he mostly attributes to better education among younger generations.

“I have always had an entrepreneurial spirit and a desire to educate and help. Becoming a paralegal has allowed me to do both those things while at the same time helping people.”