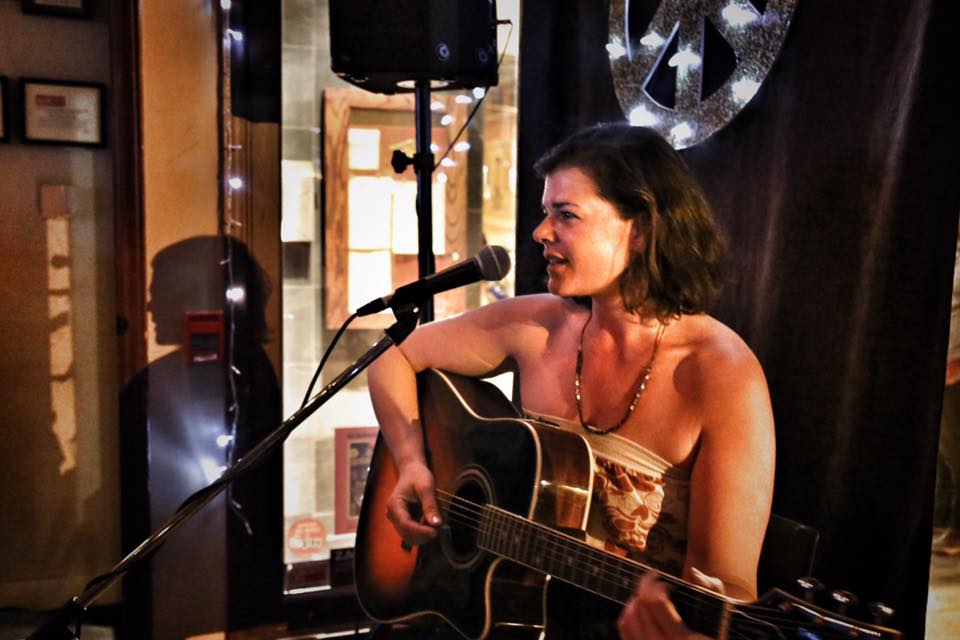 Cash is a new lawyer. She was called to the bar at the beginning of the year and within a few months she launched her own solo law firm.

“I was going to hold off for a while and figure out how to ease into it, until a friend of mine called me up and said ‘Kate, I’ve got a case with your name written all over it.’”

Presently, she’s working on two civil litigations while also juggling some labour-related work that she’s doing in an unofficial capacity.

Cash hasn’t always been a straight-laced lawyer who marched directly from school to university to the field of law. Following high school, she lived a peripatetic life across Canada for many years. With a knapsack and a guitar, she worked and travelled through many parts of the country, taking on odd jobs, meeting people from all walks of life along the way, funding her travels by busking, drawing, bartending, sketching, writing and performing music.

It was, she says, an invincible period of life when she was young. But ultimately she decided at one point it was time to return to Toronto to attend university, where she obtained an hBA in Political Science from the UofT before pursuing further studies at Osgoode Hall Law School.

“I’d never had an office job before (still haven’t!) and figured if I went and got a law degree I’d have way more options,” she says.

Lawyering skills, according to Cash, could serve as a fantastic springboard into civil service, an aspiration that she’s had for some time, but has yet to act on.

Right now, she says she’s focusing on helping communities that she’s already a part of, while also simultaneously honing her skills in litigation and civil law. In the future, Cash aims to focus on areas of music copyright and music law in general, but she says it’s a tight field, and one that she expects to be easing into with time.

Cash finds a significant difference between her previous types of work and the legal field in the attitudes around a sense of urgency. “Everything in this business seems to take a very long time. I’ve been a bartender/musician for most of my adult life, and we tend to move at a pretty quick pace. The delay in hearing back from people in this field seems odd to me,” she says.

When asked about difficulties faced thus far in her legal career, Cash reflects on the burnout she says she experienced in law school. Working part time jobs in order to put food on the table while attending class was overwhelming, she says. She also had a disabled parent living with her, and the caretaker role also exacerbated the stress and financial strain.

“I felt I had little to no support for the kinds of basic, survival-level hurdles I had in front of me. How did I conquer them? I’m not sure that I did. I was just poor. I didn’t have a lot to eat. I lived in an illegal rooming house. I worried about money constantly.”

Making the situation even more bizarre and challenging was how different of a situation she found herself in comparison to a large number of her law school peers.

“Both of my parents grew up with dirt floors. So getting to Osgoode and suddenly being surrounded by 20-year-olds driving Jaguars to class was alienating to say the least,” she says.

When it comes to shifts she’s noticed in the field of law, Cash makes mention of a little-known law, called the Protecting Employees’ Tips Act (2015).

She says few servers, bartenders and owners even realize this law is in place, which makes it illegal for owners of a service establishment to withhold any portion of their employees’ tips or gratuities whatsoever.

“While tipping out to the house became obsolete in the mainstream of the restaurant industry about a decade ago, there are some loopholes and lacunae in the legislation that are being abused pretty severely,” she says. “The Labour Board is still trying to figure out how to address this as well. It’s a new set of challenges for everyone, and something I’d like to be a part of refining.”

Cash says the implementation of this law can mean the difference between a living wage and abject poverty for thousands of people who rely on tips.

When asked about changes on the horizon for Canadian legal practitioners, Cash says she hopes more lawyers will reject the Bay Street Burnout culture and try to live a more sane life.

“I’ve seen too many friends give up, or fall apart,” she says.

As for Cash’s recent entry into the legal profession, she says she’s pleased to have the time to play music again. “I had to put it on the backburner entirely while I was studying. The next step is to get a band together and get back onstage. I can’t wait; I missed it like you wouldn’t believe.”

Katherine Cash can be contacted via her firm’s website, Cash Music Law