Ontario paralegals to become 'officers of the court'

For years it was never certain, but now Ontario’s more than 8000 paralegals are set to be deemed “officers of the court”, similar to that of lawyers. 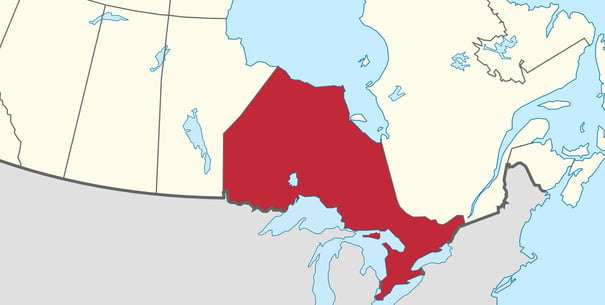 The end result of such a change is that the province's growing number of paralegals will be required to follow the exact same rules of conduct expected by lawyers who make appearances in courtrooms across Ontario.

"It won’t be a huge change, but things will be put more on an equal footing as to how we are being treated and what our responsibilities are,” said Stephen Parker, president of the Ontario Paralegal Association.

“We’re thrilled with the position the law society has taken and look forward to the changes (in) the legislation,” he said, adding that it’ll be mostly business as usual for paralegals after the change.

The LSO's decision to consider paralegals officers of the court is being seen as a provincial choice to further legitimize the role paralegals play in the halls of justice in Ontario.

“A lot of courts consider us officers anyway,” said Parker. “Now (paralegals) will be held to the same standards as any lawyer would be.”

According to LSO spokeswoman Susan Tonkin, recognizing paralegals as officers of the court would reinforce that paralegals have duties to courts and tribunals “and that these duties override their duties to clients—to the extent that they conflict.”

Among other things, obligations include not counseling a client to lie or misrepresent the truth. The full list of obligations of officers of the court can be found from paragraphs 13 to 21 in the report )

The term “officer of the court” dates back to the organizational structure of the British common law system, which was imported into the colony of Upper Canada before confederation. The distinction between barrister & solicitor was preserved despite the fact lawyers freely could practice as both.

Barristers, while required to swear an oath of office, were not held to the exact same standards as solicitors, who were deemed officers of the court. Eventually this process was modernized in the 1970s.

But for paralegals, they’ve been living in living in limbo since the mid 2000s, relying on the opinions of judges to determine whether they were officers of the court.

Omar Ha-Redeye, a toronto-based legal educator, has for several years been hot on the trail regarding the standing of paralegals as officers of the court. He points to the fact legal monitors and the “Sherriff of the County of Carleton” are also officers of the court and the title is far from being limited merely to lawyers; and as a result, paralegals ought to have been incorporated into the mix years ago.

In a telephone interview with uLaw, Ha-Redeye said he doesn't expect much to change overnight as a result of paralegals becoming officers of the court. He did indicate colleges might feel the pressure to make sure graduates are prepared for their obligations to clients and the courts they serve once they enter the profession.

In the past, colleges and regulatory bodies have been criticized for what some say is a lack of understanding and education stemming from paralegals entering the profession.

This line of reasoning was among many excuses spewed by Paralegal Ping Lee before his license was removed by the LSUC (now LSO) for misappropriating $30,000 of a client’s money from trust. In its sharply worded decision, the LSUC rejected Lee’s blame game.

“He submitted that paralegals should not be held to the same standards as lawyers in respect of trust account infractions because paralegal education does not include information and teaching on trusts or trust account obligations. He maintained that paralegals are members of a new profession and that the entrance requirements for the paralegal program are a joke,” reads a tribunal hearing in Sept 2017.

The office of Attorney General Yasir Naqvi was contacted but unable to provide comment in time for the publication of this story.