The practice of law needs a shake up, says lawyer Martin Zatovkanuk 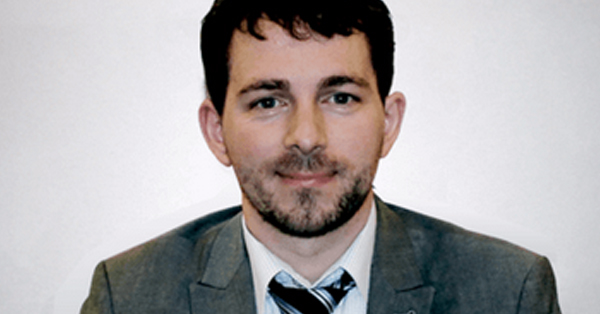 Not every lawyer is content with the status quo, and that’s certainly the case for Martin Zatovkanuk.

The Southern Ontario lawyer recently sat down for a SpotLight interview with the uLaw team, where he discussed a wide range of subjects, including how he got his start in the field of law, why he opened his own practice, and how the practice of law in Ontario is due for a drastic change.

“There are too many unacceptable practices that are being tolerated or ignored by the Law Society - from improper marketing to improper contingency retainer agreements. The regulatory penalties for such breaches are essentially non-existent, and these practices will continue until there are adequate enforcement measures in place,” Zatovkanuk says.

Before becoming a lawyer, Zatovkanuk first intended to be a teacher. But when he graduated he would later find out that nobody was hiring in the Greater Toronto Area. “My brother was in law school at the time and we often discussed the things he was learning there and I found it very interesting. So I decided to go in that direction instead, more so because of the interesting subject matter rather than any desire to be a lawyer.”

Zatovkanuk was called to the Ontario Bar in 2009 and spent some time working in the areas of insurance defence and personal injury. “I realized I wanted to be as far from those areas as possible,” he says. “Insurance defence lawyers start to believe that everyone is faking an injury, while personal injury lawyers start to believe that anyone in a fender bender will never walk again.”

Zatovkanuk has avoided the pitfalls of practicing law in a larger firm by starting Z Legal, where he works in many areas of the law, including employment law; estate & commercial litigation, and most recently, family law. “I take on a volume of work that keeps me busy, but allows me to know my clients on an individual basis and where I can answer emails and calls promptly,” he says.

Being realistic about the potential outcome of a legal matter is something that he’s always watching out for when interacting with clients, says Zatovkanuk. After being promised the moon by other lawyers, Zatovkanuk’s opinion on a potential client’s legal matter can sometimes come off as being a shocking reality check, at least at first.

“Those same people, if they do go elsewhere, sometimes later come back and confirm that their lawyer--after they’ve paid thousands, or tens of thousands in fees--has slowly changed their outlook on the case, and ultimately they reach the same conclusion I had suspected from the start,” he says.

Younger lawyers often have smaller egos, and thus are inclined to recommend reasonable settlements to their clients, says Zatovkanuk. More senior lawyers, he says, can sometimes feel the need to show off and oversell their case.

“I suspect that (overselling) is done to generate income, and I find this practice disappointing and unprofessional,” he says.

Early in his career as a lawyer, Zatovkanuk says he was pressured to put in “face time” in order to hit billable targets, which would often translate into wasting time on files that didn’t require it, or ‘adjusting’ billable time to reflect the value as opposed to the time actually being spent on handling a client’s legal matter. “I refused to do either of these, and it was clear that I wasn’t ‘playing the game’ right,” he says. “Billable targets should be prohibited by the Law Society, as they are a clear conflict of interest.”

He says there’s a knowledge vacuum in the practice of law, where clients aren’t aware they have the ability to assess a lawyer’s account, thus falling prey to predatory and unethical practices on behalf of lawyers, who are supposed to be helping their clients instead of shafting them with huge bills. “The general public continues to be at the mercy of lawyers who are either inefficient or simply pad their billable hours. Even in cases where an assessment officer or court overturns an account, there are no professional consequences for that lawyer.”

Opposing counsel sometimes tell him that he isn’t billing his clients enough when they see his Bill of Costs “They say this to be collegial and light-hearted, to indicate that I should be charging clients more. Unfortunately when I see their bills to their clients, I see that they do not value efficiency and disregard their fiduciary duties to their client.”

Before hiring a lawyer, Zatovkanuk says that people should be asking themselves if they really want to be paying for the paintings on the walls of empty law office boardrooms. “When enough people and businesses do that, there will be a shift in how firms are structured, and how they operate,” Zatovkanuk says. “Eventually there will be a tipping point and the firms that see this change coming are the ones that will be able to best respond and survive, and those that will be stuck in their ways will disappear.”

When asked about shifts he’s noticed in the legal industry, Zatovkanuk noted that employment law is constantly changing and the result has brought up new questions on the enforceability of termination provisions. Zatovkanuk represents both employees and employers, so this has led to the review and re-evaluation of the strength of his cases.

“The Ontario government could easily and permanently put 90% of employment lawyers out of work by legislating away any common law entitlements, but so far that doesn’t appear to be on the horizon.”

Remarking on his career, Zatovkanuk says all of the most satisfying moments as a lawyer were litigation victories for underdog clients, such as a man who was injured in a car accident and was fighting to obtain a designation that he was catastrophically impaired. The insurance company was making low ball offers; so the case went to trial. Despite being stacked against the odds, Zatovkanuk ended up winning the case for his client.

“The insurance company and their counsel, who was a senior partner at a well-known firm, were caught completely off guard. They had pretty much assumed that they would be successful and had put little thought into the possibility that they may lose. Had they planned accordingly, they could have accepted a much lower offer to settle before the hearing,”

In terms of where he sees the practice of law changing in the future, Zatovkanuk says it's in areas such as AI and outsourcing.

“Now that almost everyone can work from home, there is no real reason to limit your hiring pool to your city or even your country,” says Zatovkanuk. He has two Filipino lawyers working for him doing research, and his law clerk is presently based in Brazil. “If courts ever shift to only having virtual motions and scheduling appointments, then eventually even lawyers will be able to live anywhere while still being able to represent their clients’ interests in Ontario.”

Martin Zatovkanuk is a litigation lawyer and founder of Z Legal, he can be contacted by visiting his website.